Great Lakes Biomimicry is joining the Ohio Aerospace Institute via a merger the organizations say will provide more resources to the biomimicry group and opportunities for OAI members to learn about biomimicry and incorporate it into their work.

“The two organizations’ boards approved the combination last week, so we’re quite excited about it,” said OAI president and CEO John Sankovic in an interview last Tuesday, Aug. 24. “The OAI has been working with Great Lakes Biomimicry for several years now. In the beginning, we were focused on aerospace, obviously, and our association with NASA. We’ve attended the big conference they had, called Biocene, and we’re hoping to bring that back again.”

Sankovic is a major innovator himself. He holds three patents, has a Ph.D. in biomedical engineering and spent 31 years at NASA Glenn Research Center in Cleveland, where he was chief technologist and director of the Office of Technology Incubation and Innovation.

He said he was introduced to the local founders of Great Lakes Biomimicry several years ago and was immediately interested in their work.

“When I took over as chief technologist, probably a month in the job, Tom Tyrrell, Peter Niewiarowski and Don Knechtges (Great Lakes Biomimicry’s co-founders) gave a talk and I happened to attend. We met in my office afterwards and thought we’d talk for 15 minutes,” Sankovic said. “We ended up talking for more than two hours.”

Sankovic would go on to give a TEDx Talk about biomimicry in 2016. Although it was titled “Mars Technologies,” Sankovic spoke at length about how biomimicry might be used to develop better and more efficient ways to explore the red planet.

Biomimicry is the practice of identifying solutions to human engineering problems via nature — such as copying the way birds refract light to produce certain colors, rather than actually having colored pigment on their feathers, or copying how a snake propels itself so that robots can move via the same techniques.

Sankovic said he already has seen how it can be applied to aerospace and believes humans have only scratched the surface in terms of the engineering lessons we can take from nature. He cites as an example the discovery that seals have special textures on their whiskers, which allow the whiskers to move through water with little turbulence so they can help the seal detect fish or other prey moving nearby. Turns out, Sankovic said, those textures on seal whiskers also can be used on jet engine turbines to make them work better.

“And there’s a lot still to learn,” Sankovic said.

*This article appeared in the August 30, 2021 issue of Crain’s Business Journal. Visit: https://www.crainscleveland.com/manufacturing/great-lakes-biomimicry-and-ohio-aerospace-join-forces for the full article. 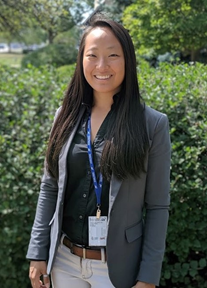